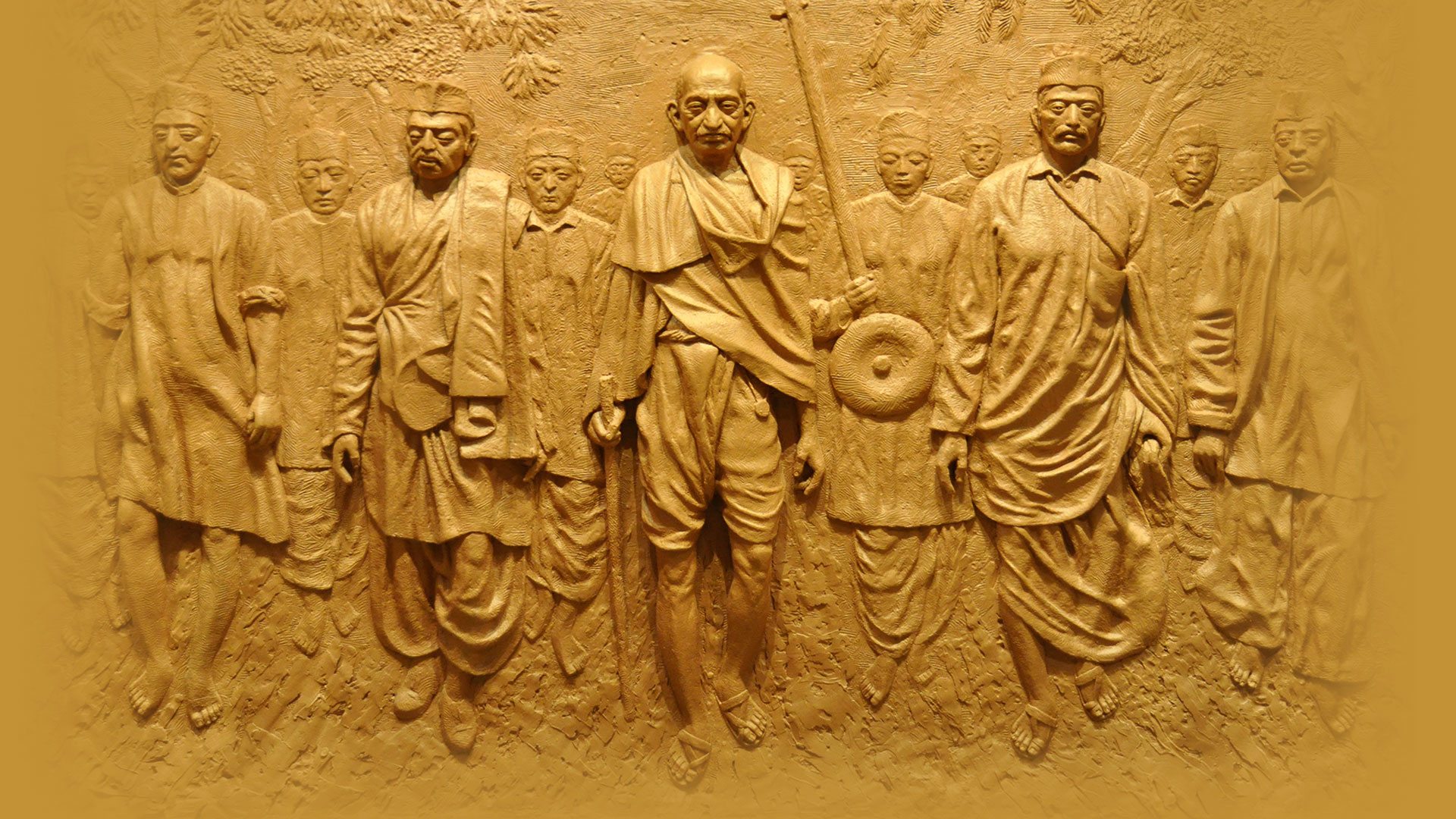 Description of the project: In the month of March 2015, Gandhi Memorial Trust, at the behest of Ministry of culture, Government of India, entrusted the work of renovation of the complete museum to Creative Museum Designers (CMD). Renovation of the museum building consists of: As the museum is running it has been decided that the renovation work will be carried out in two phases so that some part of the museum always remains open to the visitors.
Accordingly, renovation work of Phase-I has been taken up in March 2016 and completed in March 2017. Complete renovation of the building in Phase-I, included the building itself, toilets, electrical and all other related items. In Phase-I two major galleries were refurbished. The first gallery was based on the mural painting on Gandhiji’s life and work done by famous artist Sri Dhirendranath Brahma. In the central place a multimedia has been provided depicting about the details of the mural paintings. The second gallery is based on the story of Indian freedom struggle. The exhibit is almost a pictorial expression of the awakening India as a Nation starting from the historical event from Sepoy Mutiny and other peasants’ uprising before and after Sepoy Mutiny. The story goes on through the formation of Indian National Congress and emerging of Gandhiji as the most accepted Indian leader to the struggle of freedom. The gallery ends with the culmination of the events ultimately leading to the assassination of the great leader.
At the central place there is a huge mural depicting the Dandi March in 1930 showing all the stalwarts of Indian freedom struggle.

Present Status: The project (Phase I) completed and handed over on 31st March, 2017.
Enquiry