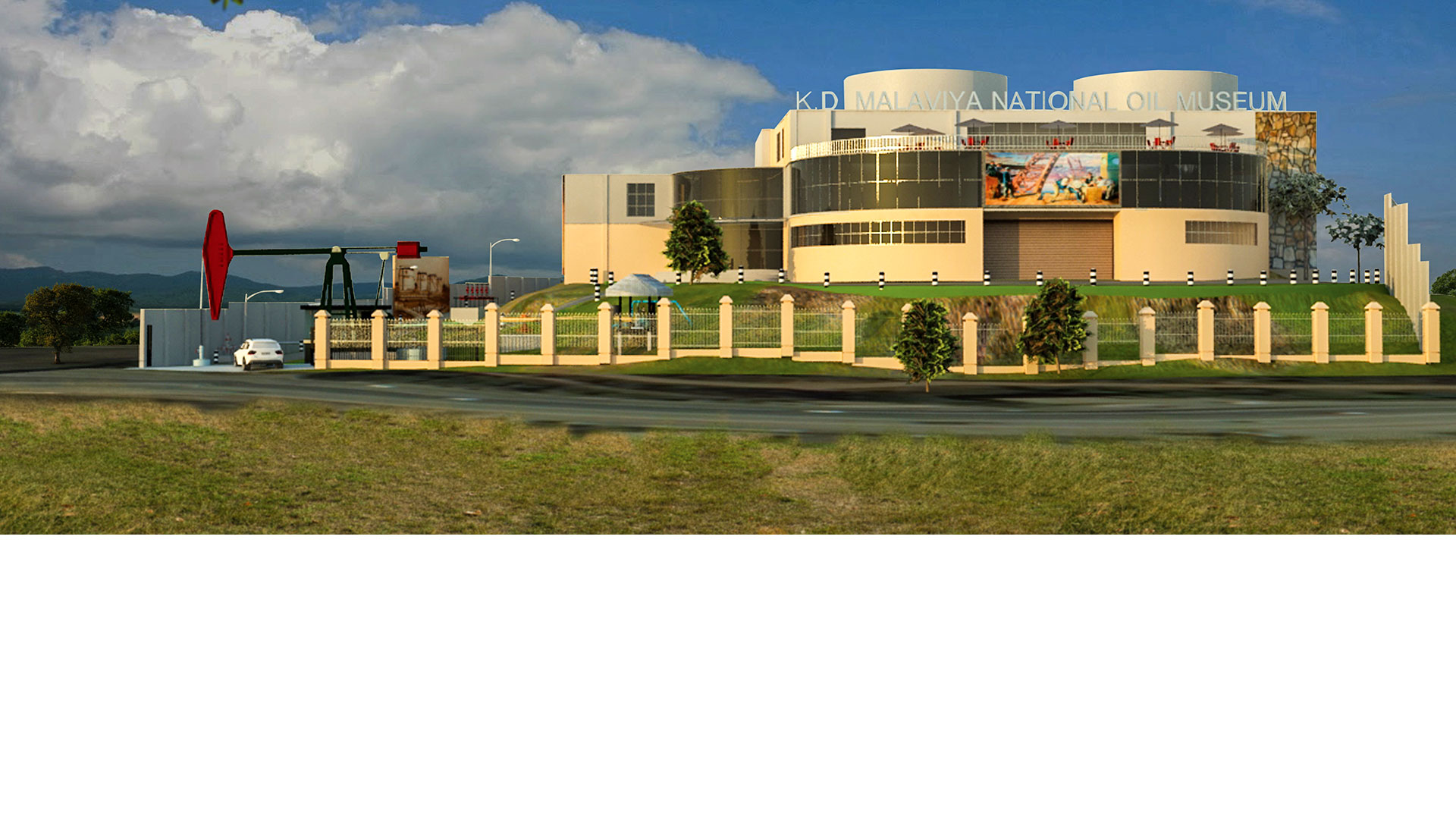 Executive Summary: In pursuance of the agreement signed between National Council of Science Museums (NCSM) & K D Malaviya National Oil Museum Trust (KDMNOMT), a Detailed Project Report (DPR) along with concept note has been prepared by Creative Museum Designers (CMD) to set up K D Malaviya National Oil Museum (KDMNOM) by KDMNOMT at Guwahati. The objective is to disseminate the knowledge of petroleum science to the common people and to make the society aware of the present energy demand so that it gradually becomes an energy conscious society.
In 1947 when India got its freedom, it was an under developed country with a dire need of security in food, health, defence and energy sectors. From that day onward, under the leadership of some great Indians like Jawaharlal Nehru, K D Malaviya, M N Ghosh etc., India moved forward in the energy sector. Several great organisations like OIL, ONGC, GAIL etc. took birth. Now after 67 years of independence, it is apt to present the petroleum saga of independent India to our present and future generations to make them aware of the contribution of these organisations and those great-spirited workers of past India towards self- reliance and nation building.
It is thus envisaged that the KDMNOMT will deal with the specialized/ specific aspect of Indian petroleum industry. Hence the situation leaves a great scope to set up a National Oil Museum to present the entire area of petroleum science and the energy scenario under one umbrella.

Names of the Galleries: CMD, on behalf of NCSM, has created this DPR along with concept note and complete outline of the five galleries based on the basic concepts of the Oil industries and its history through ages. They are as follows: Visitors’ facilities & Infrastructural facilities of the project: The DPR also proposes to provide the following facilities for the visitors:
Conclusion: The K D Malaviya National Oil Museum will be an institution as established for the purpose of educating the general public and the next generation about the history and the significance of the oil and gas industry and its impact on the local area, the state, the nation and the world. It is a tribute to the pioneering men of an industry that developed a culture based on initiative, perseverance, creativity, and hard work. It is a living reminder of the positive contributions, the technological advancements and the worldwide influence of an industry.