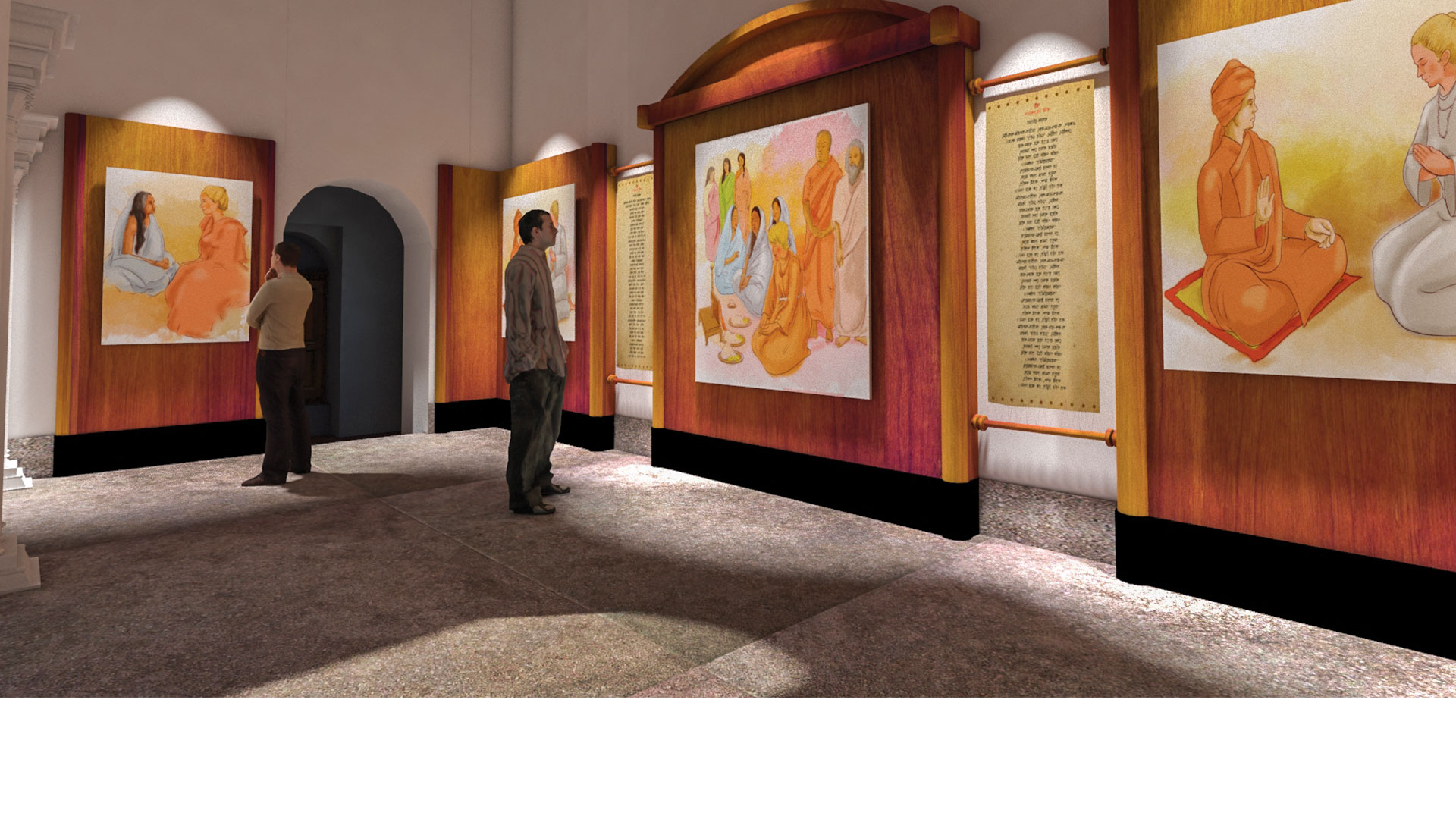 Executive Summary: Ramakrishna Sarada Mission (RSM) intended to establish a Museum and Archive as a memorial of Sister Nivedita in the heritage building of Bagbazar, Kolkata wherein Sister Nivedita used to stay. Creative Museum Designers (CMD) was entrusted by RSM for rendering consultancy service towards conceptualization and complete designing of the Museum. CMD has prepared this Detailed Project Report (DPR) containing the full blueprint of two galleries which will represent the whole spectrum about Sister Nivedita, from her life to her efforts towards socio-cultural upliftment of India.

Names of the Galleries: The galleries will be named as: Visitors’ facilities & Infrastructural facilities of the project: The DPR will also provide the following facilities:
Conclusion: The proposed Museum will be a unique way through which Ramakrishna Sarada Mission will spread the message of Sister Nivedita. This institution will become a message conveyer of Sister’s philosophy as was endorsed by her ‘Master’ Swami Vivekananda. It is expected that the museum will generate awareness and curiosity among people about the great leadership of Sister Nivedita and her life and the society will recognize the strong relevance of her contribution to India in her 150th birth anniversary.